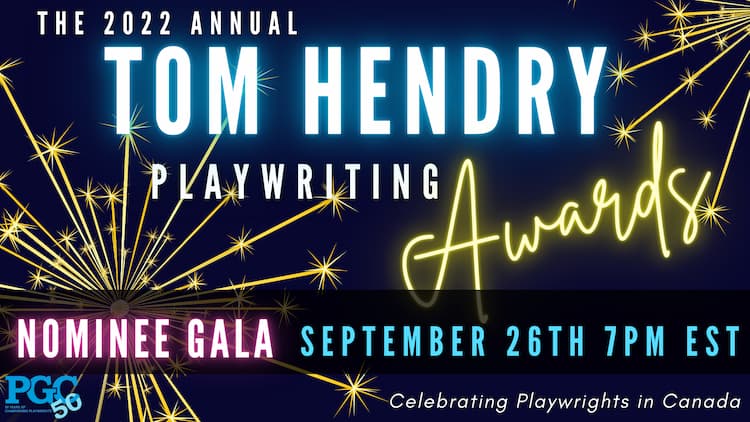 The Robert Beardsley Award for Young Playwrights is granted to a full-time secondary or post-secondary student within the GTA for the creation of a one-act play script.

Recipients receive a $500 award and a year-long complimentary membership to The Arts and Letters Club.

The award is administered as part of the Tom Hendry Awards by the Playwrights Guild of Canada (PGC) and presented during an award ceremony hosted by PGC in October.

Applicants for this award do not need to be PGC members. If you are applying for this award and not a member, you will receive a PGC Student Membership once your submission has been received.

A call for submissions is announced annually by the PGC.

Audrey Krieger-Pottruff is an aspiring theatre, film, and television writer from Toronto. She is working toward a Bachelor of Fine Arts degree in Screenwriting and Gender and Women’s Studies at York University.  She explores social issues and feminism through her writing.  Audrey has written and directed several short films and has written plays including Tragedy: A Comedy which also won the Waterloo County English Award.

After a frantic, disjointed writing session, four of Shakespeare’s tragic heroines come back to life in Shakespeare’s home. None too happy about having been killed off, Tragedy: A Comedy follows Ophelia, Juliet, Lady Macbeth, and Goneril as they bicker, banter, and eventually have their revenge.

2015 - Remi Long, Runner-Up, Everything I Wanted to Tell You